Hot Country Singles Number Ones Of 1980

Hot Country Singles Number Ones Of 1980

From January 26 through February 9
T. G. Sheppard – I’ll Be Coming Back for More

From April 5 through April 12
The Bellamy Brothers – Sugar Daddy

From May 10 through May 17
Emmylou Harris – Beneath Still Waters

From May 17 through May 24
Eddie Rabbitt – Gone Too Far

From May 24 through May 31
Dolly Parton – Starting Over Again

From July 12 through July 19
Charley Pride – You Win Again

From August 2 through August 9
The Bellamy Brothers – Dancin’ Cowboys

From August 9 through August 16
Mickey Gilley – Stand by Me

From September 6 through September 27
Johnny Lee – Lookin’ for Love

From October 4 through October 11
T. G. Sheppard – Do You Wanna Go to Heaven

From December 13 through December 20
Alabama – Why Lady Why

December 27
Johnny Lee – One in a Million


Hot Country Singles Number Ones Of 1980 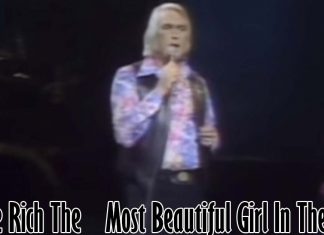 miguelbilly - December 10, 2020 0
“The Most Beautiful Girl” , a song written by Rory Bourke, Billy Sherrill and Norro Wilson, was first recorded by Joe Stampley for the...

Trisha Yearwood – Thinkin’ About You

Webb Pierce – It’s Been So Long

Tammy Wynette – ‘Til I Can Make It On My Own

Clint Black – Put Yourself In My Shoes 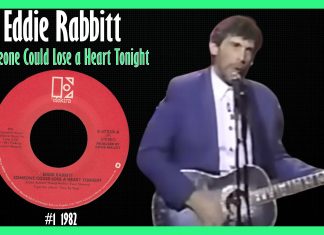 Eddie Rabbitt – Someone Could Lose a Heart Tonight

miguelbilly - November 26, 2022 0
Eddie Rabbitt - Someone Could Lose a Heart Tonight, is a song co-written and recorded by American country music artist Eddie Rabbitt. The song...