Hot Country Singles Number Ones Of 1981

Hot Country Singles Number Ones Of 1981

From January 31 through February 7
T. G. Sheppard – I Feel Like Loving You Again

From February 28 through March 7
Dottie West – Are You Happy Baby?

From April 4 through April 11
Sylvia – Drifter

From May 23 through May 30
Rosanne Cash – Seven Year Ache

From May 30 through June 6
The Oak Ridge Boys – Elvira

From July 18 through August 1
Alabama – Feels So Right

From August 1 through August 8
Hank Williams Jr. – Dixie on My Mind

From August 8 through August 15
Crystal Gayle – Too Many Lovers

From October 17 through October 24
Eddie Rabbitt – Step by Step

From November 21 through November 28
Hank Williams Jr. – All My Rowdy Friends (Have Settled Down)

From November 28 through December 5
Merle Haggard – My Favorite Memory


Hot Country Singles Number Ones Of 1981 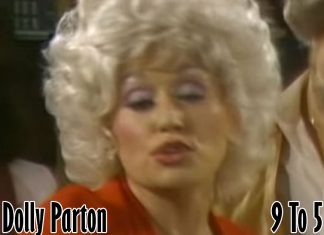 miguelbilly - January 12, 2021 0
A song written by Dolly Parton, recorded in April 1980, for the RCA label, with the production of Gregg Perry, was released on November...

Elvis Presley – All Shook Up

miguelbilly - May 17, 2021 0
"Let's Fall to Pieces Together" is a song written by Dickey Lee, Johnny Russell and Tommy Rocco, and recorded by American country music singer...

Tombstone The Town Too Tough To Die 1942

Michael Johnson – Give Me Wings