It reached # 1 on the lists of US Hot Country Songs, and remained 17 weeks in the charts, also reached number # 1 of the Canadian RPM Country Tracks lists. It was the first number one for the band. The song was included in the fourth studio album and first for RCA, My Home’s in Alabama (RCA 1980)

Donna Fargo – You Were Always There 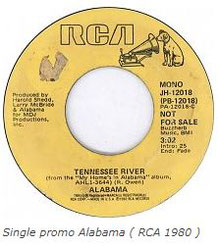 Song written by Randy Owen was recorded by the country band, Alabama, for the RCA label, was recorded on April 16, 1980, at LSI Studio, Pyramid’s Eye, Music Mill, Nashville, TN, with the production of Harold Shedd, Larry McBride & Alabama, the song was released on May 16, 1980. On August 16, 1980, it reached # 1 on the lists of US Hot Country Songs, and remained 17 weeks in the charts, also reached number # 1 of the Canadian RPM Country Tracks lists, on September 13, 1980. It was the first number one for the band. 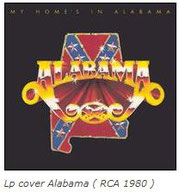 The song was included in the fourth studio album and first for RCA, My Home’s in Alabama (RCA 1980), the album was released in May 1980 and re-released on September 15, 1998. On the charts of U.S. Top Country Albums, reached number # 3, and the lists of Canadian RPM Country Albums, reached # 1. The album was certified double platinum, selling more than two million copies.

The country music historian Bill Malone, in his essay included in the notes for classical country music: a Smithsonian collection, noted that “Tennessee River” was among those songs in which “they exhibit a deep love for their state and region. … and in the unpretentious sense of the place and the loyalty to the home and family that they show in their lives and personal performances. “ Other songs from his repertoire, such as “My Home’s in Alabama”, “Song of the South” and “Born Country”, in addition to his Christmas song “Christmas in Dixie”, would exhibit those same feelings.

I was born across the river
In the mountains where I call home.
Lord, times were good there.
Don’t know why I ever roamed.

This mountain King done left his throne
On the Tennessee River and His mountain home
But I’m going back, Leaving today
For my homeland so far away
Driving to Dixie, wasting no time
Back to the good life I left behind
Going down to the river with my fishing line
Climb back up the mountain by supper time

Me and my woman’s done made our plans
On the Tennessee River, walkin’ hand in hand
Gonna raise a family, Lord, settle down
Where peace and love can still be found. 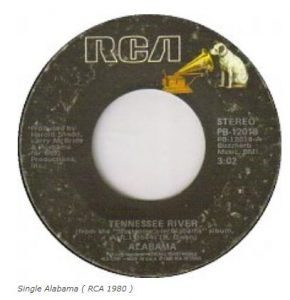 Tammy Wynette – I’ll See Him Through

miguelbilly - January 14, 2021
0
Previous articleJohnny Rodriguez – Ridin’ My Thumb To Mexico
Next articleAlabama – Here We Are

Don Williams – ‘Til the Rivers All Run Dry

Bill Anderson and Mary Lou Turner – Where Are You Going, Billy Boy

Tammy Wynette – ‘Til I Get It Right