That’s All That Matters, a song written by Hank Cochran, was first recorded by Ray Price for the Columbia label, on December 18, 1963, and released on February 4, 1964, after its release, has been versioned several times. 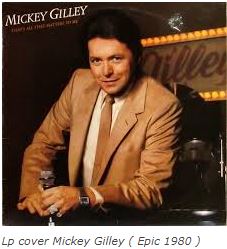 
The song was included in Mickey Gilley’s thirteenth studio album, That’s All That Matters to Me (Epic 1980), on the US Top Country Albums charts, reached # 8 on October 11, 1980, and remained a 72 weeks total on the charts. 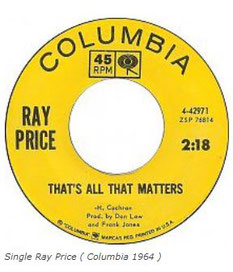 Mickey Gilley – That’s All That Matters to Me Lyrics

I know, I’m not your first love
There’s been others before me
But I’m the one that’s got you now
That’s all that matters to me

I came alive when you came along
You brought life into me
Honey, I don’t care, what’s in your past
Your as far as I can see 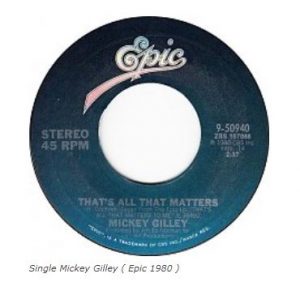 Hank Williams Jr – All For The Love Of Sunshine

miguelbilly - April 20, 2021 0
"All for the Love of Sunshine" is a song written by music executive Mike Curb, Harley Hatcher and Lalo Schifrin, and recorded by American...

Faith Hill – Piece Of My Heart

Olivia Newton-John – If You Love Me (Let Me Know)

miguelbilly - February 10, 2021 0
"Every Which Way but Loose" is a song written by Steve Dorff, Snuff Garrett and Milton Brown, and recorded by American country music artist...

David Houston – Baby Baby (I Know Your A Lady)

Ray Charles – You Don’t Know Me

Vince Gill – If You Ever Have Forever In Mind

Alabama – Touch Me When We’re Dancing