Hot Country Singles Number Ones Of 1975

Hot Country Singles Number Ones Of 1975

From January 4 through January 11
George Jones – The Door

From February 15 through February 22
T.G. Sheppard – Devil in the Bottle

From March 29 through April 5
Dolly Parton – The Bargain Store

From April 12 through April 26
Merle Haggard – Always Wanting You

From May 17 through May 24
B.J. Thomas – (Hey Won’t You Play) Another Somebody Done Somebody Wrong Song

From June 7 through June 14
Mickey Gilley – Window Up Above

From June 28 through July 5
T.G. Sheppard – Tryin’ to Beat the Morning Home

From July 12 through July 19
Merle Haggard – Movin’ On

From July 19 through August 2
Conway Twitty – Touch the Hand


Hot Country Singles Number Ones Of 1975 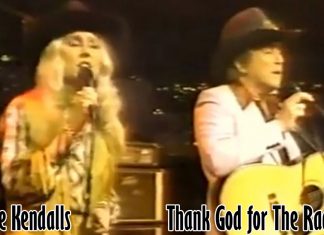 The Kendalls – Thank God for The Radio

miguelbilly - April 14, 2021 0
“Thank God for the Radio”, song written by Max D. Barnes and Robert Jones, was recorded by the duo The Kendalls for the Mercury... 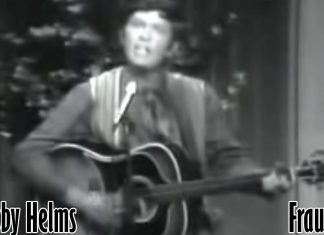 miguelbilly - January 21, 2021 0
"Fraulein" is a 1957 single written by Lawton Williams and sung by Bobby Helms. Released by Decca Records that year, "Fraulein" was Helms's debut...

Buck Owens And His Buckaroos – I’ve Got A Tiger By...