Hot Country Singles Number Ones Of 1984

Hot Country Singles Number Ones Of 1984

From January 21 through January 28
John Conlee – In My Eyes

From February 4 through February 11
Ronnie Milsap – Show Her

From March 3 through March 10
Exile – Woke Up in Love

From March 17 through March 24
The Statler Brothers – Elizabeth

From March 24 through March 31
Alabama – Roll On (Eighteen Wheeler)

From April 28 through May 5
George Strait – Right or Wrong

From June 16 through June 23
Eddy Raven – I Got Mexico

From June 23 through June 30
Alabama – When We Make Love

From August 18 through August 25
Ronnie Milsap – Still Losing You

From September 29 through October 6
Crystal Gayle – Turning Away

From October 6 through October 13
The Oak Ridge Boys – Everyday

December 22
The Judds – Why Not Me


Hot Country Singles Number Ones Of 1984 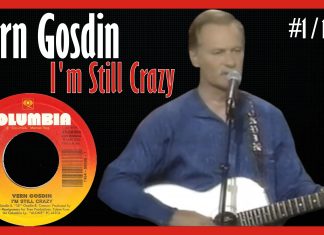 miguelbilly - June 20, 2022 0
Vern Gosdin - I'm Still Crazy, is a song co-written and recorded by American country music artist Vern Gosdin. It was released in May...

Lee Greenwood – I Don’t Mind the Thorns (If You’re the... 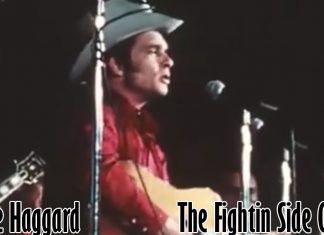 miguelbilly - March 17, 2021 0
"The Fightin' Side of Me" is a song written and performed by American country music artist Merle Haggard. It was released in December 1969...

Mississippi Sheiks – Sitting on Top of the World

Michael Peterson – From Here To Eternity

Dan Seals and Marie Osmond – Meet Me in Montana