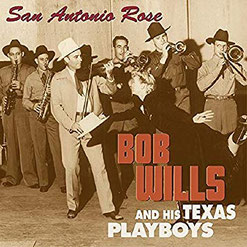 The song “San Antonio Rose” is an instrumental song composed by the king of Western Swing “Bob Wills”.

Bob Wills, along with the Texas Playbosys, recorded it several times, the first one on November 28, 1938.
The song has become one of the great successes of Bob Wills. In 1939 the single climbed onto the national pop charts (country charts were not established until 1944) and peaked at # 15.
That same year Bob, Tommy Duncan and an associate named Everett Stone sat down and wrote the lyrics for the song.

In 1940 they recorded again the song with Okeh Records, but this time, they put the lyrics to the song. So was born “New San Antonio Rose” .This version proved to be Bob’s biggest pop hit ever, topping out at # 11. 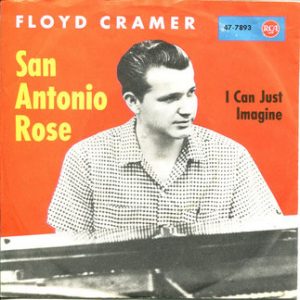 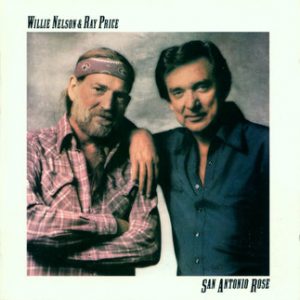 It was there I found beside the Alamo
Enchantment strange as the blue, up above
A moonlit path that only she would know
Still hears my broken song of love

Moon in all your splendor knows only my heart
Call back my Rose, Rose of San Antone
Lips so sweet and tender like petals fallin’ apart
Speak once again of my love, my own

Broken song, empty words I know
Still live in my heart all alone
For that moonlit pass by the Alamo
And Rose, my Rose of San Antone 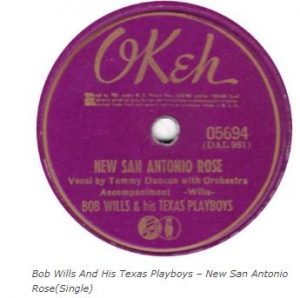 Miska Paget – The Best Horses In Heaven-They Have No Tails

miguelbilly - January 27, 2021 0
"Second Fiddle (To an Old Guitar)" is a single by American country music artist Jean Shepard. Released in April 1964, it was later released...

John Michael Montgomery – I Can Love You Like That