In 1983, Merle Haggard and Willie Nelson adopted it as the title track of their duet album Pancho & Lefty, and was a number one country hit .

The song is a ballad of four stanzas which use a 2-verse refrain: “All the Federales say they could’ve had him any day/ They only let him slip away out of kindness I suppose.” The first two stanzas are sung consecutively followed by the refrain. The first introduces Pancho as a young idealist and his mother’s favorite son, who left home imagining that being on the road would result in freedom and purity of heart – but only resulted in having “skin like iron” and “breath as hard as kerosene”. The second stanza adds that he acquired a fast horse, had become a bandit, made no excuses about what he now was, and was ultimately cut down in the deserts of Mexico. After the refrain, the third stanza introduces Lefty who was negatively impacted by Pancho’s death but also indicates he was directly responsible – that he fled to the US the same day using funds from an unknown source. The final stanza is an epilogue which depicts Pancho’s life being glorified by others while Lefty’s fate is to just grow old in ignoble circumstances. A line from the last stanza implies that the betrayal was most likely due to Lefty’s disillusionment with the life of being an outlaw and needing the reward money to break free – “He only did what he had to do”.

Livin on the road my friend, is gonna keep you free and clean
Now you wear your skin like iron
Your breath as hard as kerosene
You weren’t your momma’s only boy, but her favorite one it seemed
She began to cry when you said goodbye
And sank into your dreams

Pancho was a bandit boy, his horse was fast as polished steel
He wore his gun outside his pants
For all the honest world to feel
Pancho met his match, you know, on the deserts down in Mexico
Nobody heard his dyin words, ah but that’s the way it goes

All the Federales say, they could’ve had him any day
They only let him slip away, out of kindness, I suppose

Lefty, he can’t sing the blues all night long like he used to
The dust that Pancho bit down south ended up in Lefty’s mouth
The day they laid poor Pancho low, Lefty split for Ohio
Where he got the bread to go, there ain’t nobody knows

All the Federales say, they could’ve had him any day
They only let him slip away, out of kindness I suppose

The poets tell how old Pancho fell, and Lefty’s livin in cheap hotels
The desert’s quiet, Cleveland’s cold
And so the story ends, we’re told
Pancho needs your prayers it’s true, but save a few for Lefty too
He only did what he had to do, and now he’s growing old

All the Federales say, they could’ve had him any day
They only let him go so long, out of kindness I suppose

A few gray Federales say, they could’ve had him any day
They only let him go so long, out of kindness I suppose 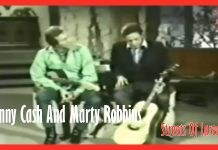 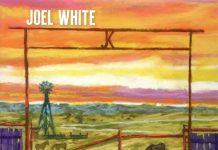 Joel White – Where I’m From 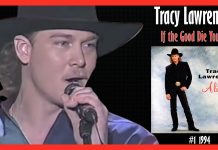 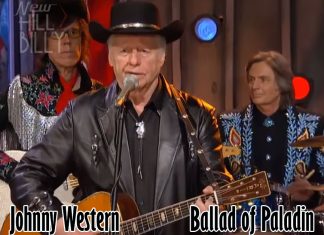 miguelbilly - February 8, 2021 0
The story of “The Ballad of Paladin” is best told by master story-teller Johnny Western, himself. So if you ever have a chance to... 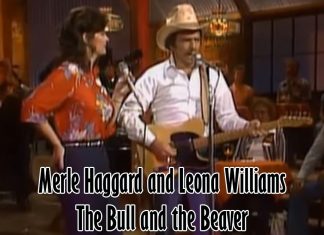 miguelbilly - January 7, 2021 0
Leona Williams In 1975, she joined Merle Haggard’s show, initially as a backing vocalist. However, when Haggard divorced Bonnie Owens, she not only became...

Vince Gill – I Still Believe in You

Conway Twitty – Ain’t She Somethin’ Else