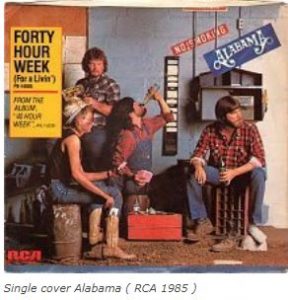 
The song was included on Alabma’s ninth studio album, 40-Hour Week (RCA 1985), the album was released in January 1985, on March 30, 1985, reaching # 1 on the US Top Country charts Albums, remaining a total of 104 weeks in the charts. On the Canadian RPM Top Albums charts, it peaked at # 69. The album was certified double platinum in the USA and platinum in Canada. 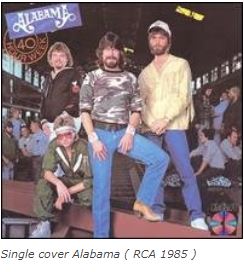 The song, a salute to the manual workers of the United States.

Country music historian Bill Malone, in his notes for Classic Country Music: A Smithsonian Collection, wrote that “40 Hour Week (For a Livin ‘)” “… is a rare tribute from country music to American workers He probably owes his popularity to both his patriotic feelings and his social concern. “ Malone also noted that, with few exceptions, “almost no one in country music has spoken for the industrial worker,” one of Alabama’s leading groups of workers greets on this song. “This direct tribute gives the contemporary worker the respect that the Reagan years denied him,” Malone concluded.

There are people in this country
Who work hard every day
Not for fame or fortune do they strive
But the fruits of their labor
Are worth more than their pay
And it’s time a few of them were recognized.

You can see them every morning
In the factories and the fields
In the city streets and the quiet country towns
Working together like spokes inside a wheel
They keep this country turning around.

This is for the one who drives the big rig,
Up and down the road
Or the one out in the warehouse,
Bringing in the load
Or the waitress, the mechanic,
The policeman on patrol
For everyone who works behind the scenes.

With a spirit you can’t replace with no machine
Hello America, let me thank you for your time… 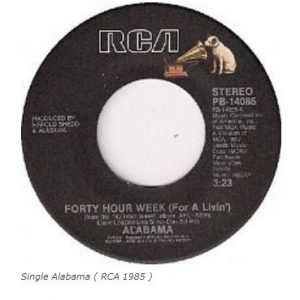 miguelbilly - March 18, 2021 0
Is a rock and roll song written by Doc Pomus and Mort Shuman. It was originally released as a single in 1961 by American...