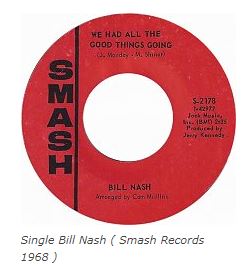 Song written by Kris Kristofferson, was recorded for the first time by Bill Nash in August 1968 for the Smash label. Kris recorded the song in 1969 and was released in the early 1970s, for his first work, Kristofferson (Monument 1970). Ray Price, also recorded this song, on May 26, 1970, the song was released in June 1970, and reached number one on the country charts, on September 19, 1970, it remained 19 weeks on the list, and it was the fifth number one for Ray, the song would be included on the album, For the good times (Columbia 1970). The song establishes Kristofferson as one of the best composers of country and popular music, while he gives Price his first country and western song in the first 11 years.

At the 1971 Country Music Academy Awards, “For the Good Times” won in the “Song of the Year” category (for Kristofferson as a songwriter) and “Single of the Year” (for Ray Price).

“For the Good Times” continued being recorded by several artists in later years, until reaching popular success. 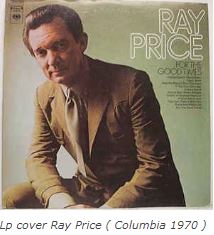 Kristofferson wrote most of the song in 1968 during a road trip related to work from Nashville to the Gulf of Mexico. He tells the end of a love story, based on a real-life experience of him, in a way that popular music scholar Steve Sullivan said “conveys sadness, acceptance and longing.” 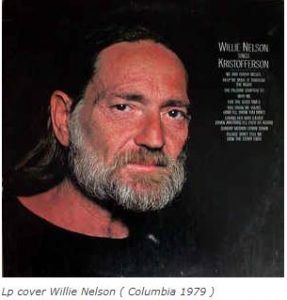 Don’t look so sad, I know it’s over
But life goes on and this old world will keep on turning
Let’s just be glad we had some time to spend together
There’s no need to watch the bridges that we’re burning

I’ll get along, you’ll find another
And I’ll be here if you should find you ever need me
Don’t say a word about tomorrow or forever
There’ll be time enough for sadness when you leave me 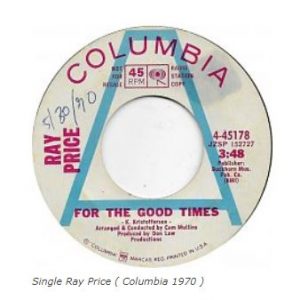 Ray Price – Invitation To The Blues

Mickey Gilley – A Headache Tomorrow (Or A Heartache Tonight)