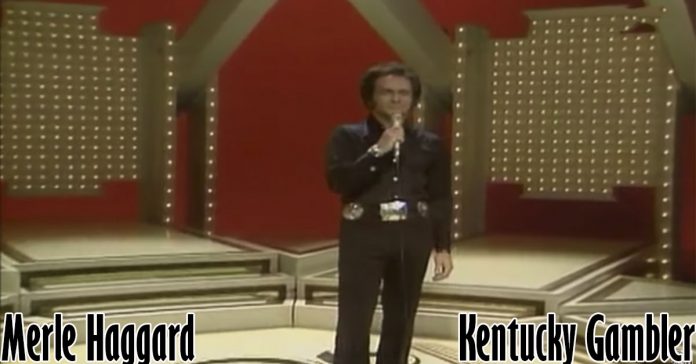 Coincidentally, Parton’s The Bargain Store album featured a cover of a Haggard composition, “You’ll Always Be Special to Me”. The following year, Haggard would cover another Dolly Parton song, “The Seeker”.

[Verse 1]
I wanted more from life than four kids and a wife
And a job in a dark Kentucky mine
A twenty-acre farm with a shacky house and barn
That’s all I had and all I left behind
But at gambling, I was lucky, and so I left Kentucky
And left behind my woman and my kids
Into the gay casino in Nevada’s town of Reno
This Kentucky gambler planned to get rich quick

[Verse 2]
There at the gambler’s paradise, Lady Luck was on my side
And this Kentucky gambler played just right
Hey, I won at everything I played, I really thought I had it made
But I should have quit and gone on home that night
But when you love the greenback dollar, sorrow’s always bound to follow
And Reno’s dreams fade into neon amber
And Lady Luck, she’ll lead you on, she’ll stay awhile, and then she’s gone
You better go on home, Kentucky gambler
[Bridge]
But a gambler never seems to stop till he loses all he’s got
And with a money-hungry fever, I played on
I played till I’d lost all I’d won
I was right back where I’d started from
Then I started wanting to go home

[Chorus]
Kentucky gambler, there ain’t nobody waiting in Kentucky
When I ran out, somebody else walked in
Kentucky gambler, looks like you ain’t really very lucky
And it seems to me a gambler loses much more than he wins

[Outro]
Much more than he wins

miguelbilly - January 6, 2021 0
Song written and recorded by Jessi Colter for the Capitol label, was recorded in October 1974, between Sound Factory, Hollywood, CA and Glaser Sound...

miguelbilly - January 13, 2021 0
"Amarillo by Morning" is a country music song written by Terry Stafford and Paul Fraser, and recorded by Stafford in 1973. Several cover versions...

George Strait – Does Fort Worth Ever Cross Your Mind

Don Williams – She Never Knew Me

The Statler Brothers – Who Am I To Say

T.G Sheppard – Only One You