The song was number in U.S. Billboard Hot Country Singles, June 3, 1967, for two weeks in a row, was voted the Song of the Year and was certified gold. It was the greatest success of Wynn Stewart and his only number one in his career. 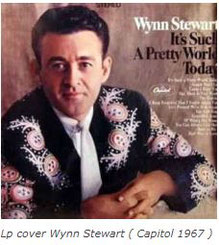 Song written by Dale Noe, and recorded by Wynn Stewart (one of the progenitors of the Bakersfield sound) on October 24, 1966, and was released on January 1967, for the Capitol Records label, with the production of Ken Nelson. The song was number in U.S. Billboard Hot Country Singles, June 3, 1967, for two weeks in a row. It was the greatest success of Wynn Stewart and his only number one in his career.

The song was included on the album, It’s Such a Pretty World Today (Capitol 1967), the album was also number one in the U.S. album charts. The title song was voted the Song of the Year and was certified gold.

The best country music needs a talent of four stars like Wynn Stewart to beautifully express its vast and versatile world of words and words. 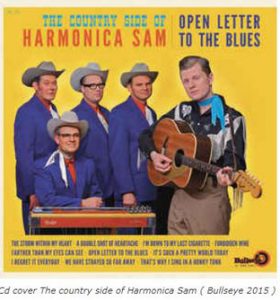 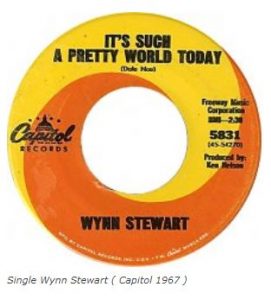 Faron Young – My Friend On The Right

Don Williams – ‘Til the Rivers All Run Dry

Gene Watson – Should I Come Home (Or Should I Go Crazy)