Mark Chesnutt – I Just Wanted You To Know

Mickey Gilley – That’s All That Matters to Me

Toby Keith – You Ain’t Much Fun 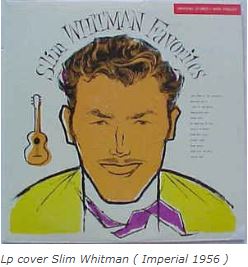 “Secret Love”, a song written by Sammy Fain and Paul Francis Webster, was first recorded by Doris Day for the Columbia label, at Warner Bros. Studios, Burbank , California , on August 5, 1953, and released on October 9, 1953. Ranked as a number 1 hit for Day on both the Billboard and Cash Box, the song also afforded Day a number 1 hit in the UK. “Secret Love” has subsequently been recorded by a wide range of artists.

Slim Whitman recorded it for the Imperial label, on December 4, 1953, in Baltimore, MD, at the recording session Slim was accompanied by: Sugarfoot Collins, Zeb Turner, Tinker Fry, Curly Harris, Sonny Harville and O.K. Makella The song was released on December 7, 1953, and reached # 2 on the Country & Western charts, in the spring of 1954.


More than 350 versions of the song have been recorded. 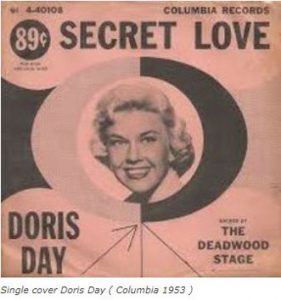 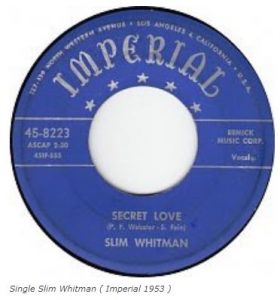 Conway Twitty – Your Love Had Taken Me That High