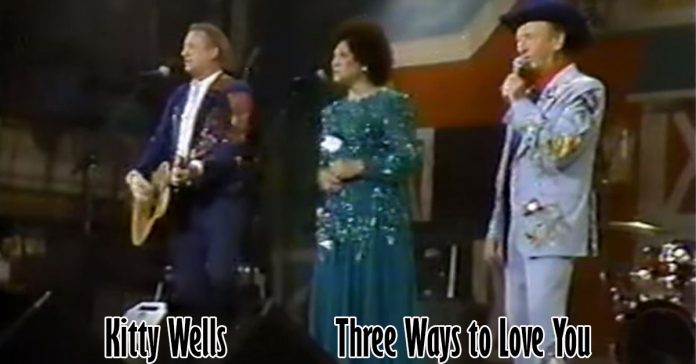 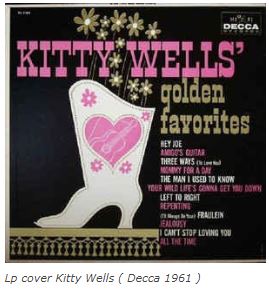 “Three Ways (To Love You)”, song written by Eve Jay and Julius Dixon, was recorded by Kitty Wells for the Decca label on February 28, 1957, at Bradley Film and Recording Studio, 804 16th Ave. South, Nashville, TN. Kitty was joined at the recording session by: Pete Wade (guitar), Louis Innis (guitar), Harold Morrison (steel and banjo), Joseph Zinkan (bass), Ray Crisp (fiddle and back vocal) and Tommy Jackson (fiddle and vocal harmonies). With the production of Paul Cohen, the song was released in April 1957. On the charts of U.S Hot Country Songs It reached at number # 7.


The song was included on the compilation album, Golden Favorites (Decca 1961), the album was released in February 1961. 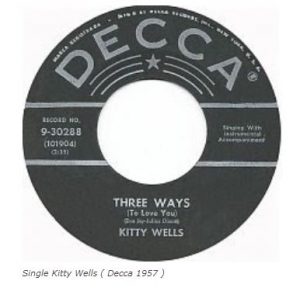 Freddie Hart – My Hang-Up Is You

miguelbilly - May 1, 2021 0
“Born Believer”, song written by Gary Harju, was recorded by Jim Ed Brown And Helen Cornelius for the RCA label, it was recorded in...

Faron Young – My Friend On The Right