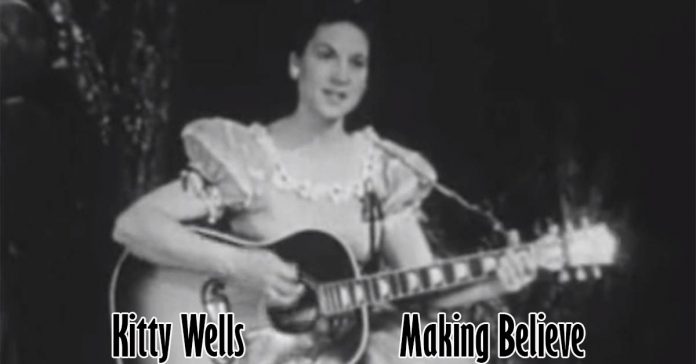 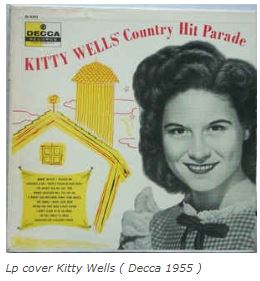 “Making Believe”, a song written by Jimmy Work, was recorded by Kitty Wells for the Decca label, was recorded on September 29, 1954, at KWTO Radio Station Studio, Springfield, MO, in the same recording session, were recorded three more songs: “you and me”, “As long as I live” and “No one but you”. In the recording session Kitty was accompanied by: Red Foley (vocal), Grady Martin (electric guitar), Johnny Wright (guitar), Bud Isaacs (steel), Ernie Newton (bass) and Tommy Jackson (fiddle). With the production of Paul Cohen, the song was released in February 1955. It reach number # 2 on the Country & Western charts.


The song was included in Kitty Wells ‘debut album, Kitty Wells’ Country Hit Parade (Decca 1956). It was the first female country singer to release an LP of her own.

Makin’ believe
That you still love me
It’s leaving me
Alone and so blue
But I’ll always dream
Still I’ll never own you
Makin’ believe, it’s all I can do

Can’t hold you close, when you’re not with me
You’re somebody’s love, you’ll never be mine
Makin’ believe, I’ll spend my li-ifetime
Lo-oving you, making believe

Can’t hold you close, when you’re not with me
You’re somebody’s love, you’ll never be mine
Making believe, I’ll spend my li-ifetime
Lo-oving you, making belie-ie-ieve 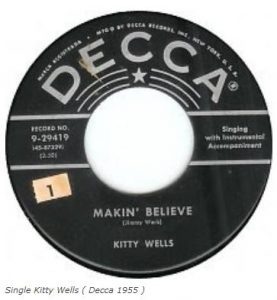 Randy Travis – On The Other Hand

Roy Clark – Come Live With Me

miguelbilly - March 10, 2021 0
"Amen Kind of Love" is a song written by Trey Bruce and Wayne Tester, and recorded by American country music artist Daryle Singletary. It...