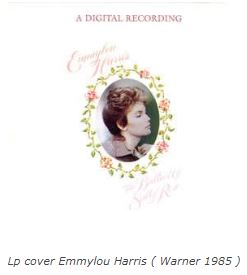 “White Line”, a song written by Emmylou Harris and Paul Kennerley, was recorded by Emmylou Harris for the Warner Bros label, in May 1984, at Treasure Isle Recorders, 2808 Azalea Place, Nashville, TN. With the production of Paul Kennerly and Emmylou Harris, the song was released on February 27, 1985, and on June 1, 1985, reached # 14 on the US charts. Hot Country Songs, remaining a total of 17 weeks on the charts. On the Canadian RPM Country Tracks charts, It reached # 6.


The song was included in the eleventh album of Emmylou’s studio, The Ballad of Sally Rose (Warner 1985), the album was released in February 1985, and on May 25, 1985, reached number #8 on the U.S. charts Top Country Albums, and remaining on the charts a total of 46 weeks. 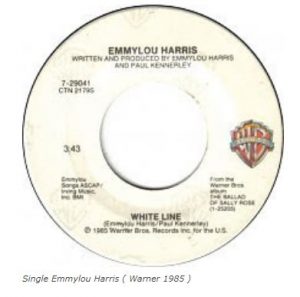 miguelbilly - March 15, 2021 0
"After All the Good Is Gone" is a song written and recorded by American country music artist Conway Twitty. It was released in March...

Lynn Anderson – How Can I Unlove You

The Platters – Only You (And You Alone)

Jerry Lee Lewis – There Must Be More To Love Than...