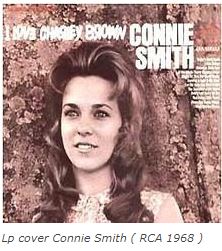 “Run Away Little Tears”, a song written by Dallas Frazier, was recorded by Connie Smith for the RCA on February 27, 1968, at RCA Victor Studio, 800 17th Ave. South, Nashville, TN, in the same session, two other songs were recorded: “The sunshine of my world” and “There are some things”. Connie was accompanied in the recording session by: Ray Edenton (guitar), Earl Dean Porter (guitar), Lamar Watkins (guitar), Dick L. Overbey (steel), Junior Huskey (bass), Jerry Carrigan (drums), Charles E. Justice (fiddle), Hargus Robbins (piano) and Bill Walker (vibes). With the production of Bob Ferguson, the song was released in April 1968. On July 27, 1968, he reached # 10 on the U.S. charts. Hot Country Singles, remaining a total of 15 weeks on the charts. In the Canadian RPM Country Tracks charts, It reached at number # 18. 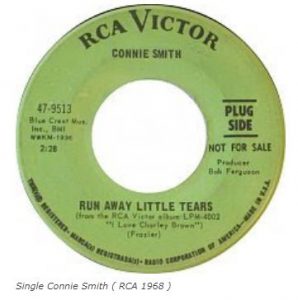 miguelbilly - May 8, 2021 0
Song written by Steve Dorff, Sandy Pinkard, Sam Atchley and Bud Dain, was recorded by Mel Tillis, for the MCA label, was recorded in...

Willie Nelson – Me and Paul

Conway Twitty – Your Love Had Taken Me That High

miguelbilly - January 18, 2021 1
"Night Life" is a song written by country music singer-songwriter Willie Nelson. Nelson was inspired to write the song during one of his trips...

George Jones – A Good Year For The Roses