The song reached number # 1 of the lists in US Hot Country Songs, remained on lists for 21 weeks. It would also reach number # 1 on the Canadian RPM Country Tracks lists. The song was included in Dwight’s third studio album, Buenas Noches From a Lonely Room (Reprise Records 1988)

Buddy Holly – That’ll Be The Day

Alan Jackson – Love’s Got A Hold On You

Dolly Parton – Coat Of Many Colors

The Bellamy Brothers – Do You Love As Good As You Look

George Strait – Nobody in His Right Mind Would’ve Left Her

Warner Mack – The Bridge Washed Out 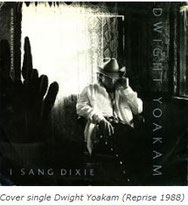 Song written by Dwight Yoakam, and recorded by the same for the label Reprise, in Capitol Studios, “A”, “B”, and “C”, Hollywood, CA, was released in October 1988. On February 25, 1989, the song reached number # 1 of the lists in US Hot Country Songs, remained on lists for 21 weeks. On February 20, it would also reach number # 1 on the Canadian RPM Country Tracks lists. It is his second number # 1, and for the moment the last one.

The song was included in Dwight’s third studio album, Buenas Noches From a Lonely Room (Reprise Records 1988), it was released on August 2, 1988, it reached number one on the U.S. Billboard Top Country Albums. It was certified platinum record. 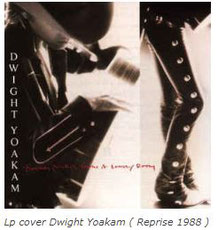 Although he is a proud cowpunk from the West Coast, Dwight Yoakam remains a boy from the South Country (Pikeville, Kentucky). With his violin and his true southern sound, “I Sang Dixie” expresses a sad message as a lament of the Civil War. While, it relates the desolate death of a stray settler in an old street of Los Angeles. The theme of the song revolves around a man who witnessed the discouraged death of a man from the south while singing “Dixie” to comfort him. Then he tells how other people just pass and walk ignoring the suffering of man. “I Sang Dixie” would definitely be one of several nostalgic and nostalgic songs Yoakam wrote inspired by his personal visits to his home, to his roots. 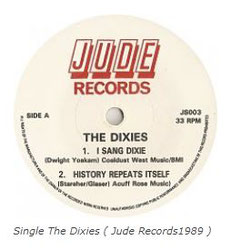 He said way down yonder in the land of cotton, old times there ain’t near as rotten
As they are on this damned old L.A. street
Then he drew a dying breath, and laid his head against my chest
Please Lord, take his soul back home to Dixie

He said listen to me son while you still can, run back home to that Southern land
Don’t you see, what life here has done to me
Then he closed those old blue eyes, and fell limp, against my side
No more pain, and now he’s safe back home in Dixie

I sang Dixie as he, died 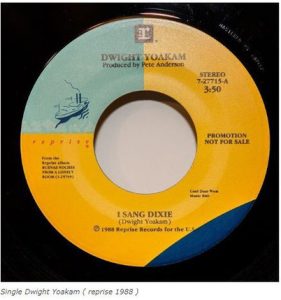 Mel Tillis – I Believe in You

Johnny Duncan – She Can Put Her Shoes Under My Bed ( Anytime )

Anne Murray – Shadows in the Moonlight