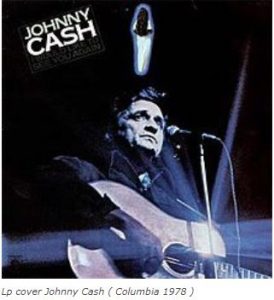 “I’ve Loved and Lost Again”, song written by Eddie Miller, was recorded by Patsy Cline for the Decca label on April 22, 1956, at Music City Recording, 804 16th Ave. South, Nashville, TN. Three other songs were recorded at the same session: “Stop, look and listen”, “Dear god” and “He will do it for you (what he’s done for me)”. At the recording session Patsy was accompanied by: Harold Bradley (guitar), Grady Martin (guitar), Don Helms (steel), Bob Moore (bass), Farris Coursey (drums), Tommy Jackson (fiddle) and Owen Bradley (piano). With the production of Owen Bradley, the song was released in July 1956. It failed to enter the charts.

The song was only released as a single, and was not included on any studio album, it first appeared on a compilation album, Here’s Patsy Cline (Vocalion 1965). This album contains alternate mixes of “Yes, I Understand” and “How Can I Face Tomorrow “, without the harmony vocal heard on the original singles. This was the second compilation that was released after his death on March 5, 1963.


About Johnny and Waylon:

“There Ain’t No Good Chain Gang” & “I Wish I Was Crazy Again”, single; it was one of Cash’s first collaborations with Jennings, and the two recorded songs together throughout the 1980s, including a separate album entitled Heroes. Cash and Jennings would also work together as The Highwaymen with Willie Nelson and Kris Kristofferson.

Johnny Cash – I Wish I Was Crazy Again Lyrics

I met an old friend this morning
And I stopped him and called him by name
I said, “The years haven’t changed you
But he said, “Good Lord, how you’ve changed!”

We sat for a while and remembered
Then he said, “Let’s have just one more”
I said, “I’d sure like to join you
But best be goin’ on home” 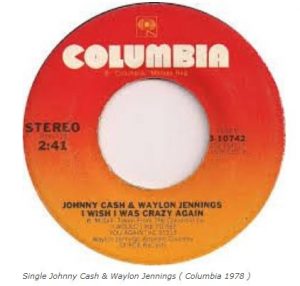 miguelbilly - December 5, 2020 0
“He Ain't Worth Missing”, song written and recorded by Toby Keith for the polygram / Mercury label, was the second single from his debut...

Ray Price – Invitation To The Blues

Randy Travis – On The Other Hand

Jack Greene ‎– All the Time

Alabama – Give Me One More Shot

Gabrielle Gore – I See You

John Schneider – I’ve Been Around Enough To Know