Dottie West – A Lesson In Leavin’

Toby Keith – Courtesy Of The Red, White And Blue (The Angry American) 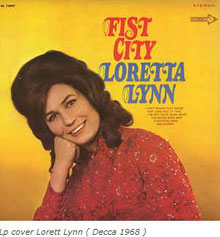 Song written and recorded by Loretta Lynn, was recorded on January 9, 1968, at Bradley’s Barn, Mt. Juliet, Tennessee, US. Recorded for the Decca label, with the production of Owen Bradley. It was released on February 12, 1968, the song would reach number one of the country charts USA, on April 20, 1968, it would be 17 weeks on the list, it would be his second number one of his career. He also reached number one on the country charts of Canada. The song would be included on the album of the same name, Fist city (Decca 1968), the album also reached number one on the US Hot Country LP lists. Loretta would re-record fist city, for her album, Full Circle ( Legacy 2016 ).

Lynn wrote “Fist City” in response to a woman who began filtering with her husband, Doolittle, while Lynn was on tour frequently in Tennessee. The Lynns’ marriage was often very hectic and stormy; He kicked her out of the house early in the relationship, apparently because of her bad cooking. However, Lynn discovered that she was seeing a woman she had been involved with before and blamed Lynn for driving her away. 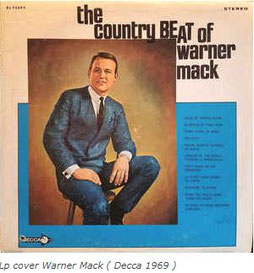 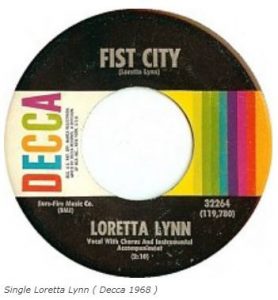 George Jones – Shine On (Shine All Your Sweet Love on Me)

John Michael Montgomery – I Love The Way You Love Me

Charley Pride – ( I’m So ) Afraid of Losing You Again