There are many theories about this song, we will highlight two: 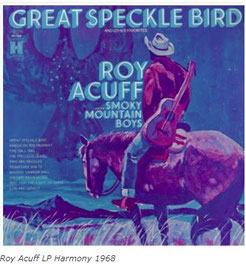 In the first, Utah Phillips, said that the hobos, imagined a mythical train, called the “Wabash Cannonbal, which collected the souls of dead hobos, to take them on that train, as a reward.

The second theory is based on a story, in which Cal S Bunyan, built a train, known as the Ireland, Jerusalem, Australian & Southern Michigan Line. After 2 months of circulation, he had 700 wagons and was so fast that he arrived at his destination one hour before its departure. One day I start so fast, that it shot out into outer space, it is said to continue circulating through space, when the hobos learned that this train existed, they called it “Wabash Cannonball”, and that in all the stations of the United States, his whistle was heard.

With the popularity of the song, the Train, Wabash Railroad,which circulated between Detroit and St. Louis, changed itsname to 1949, for the song, Wabash Cannon Ball, whichlasted up to 1971, with the entrance of AMTRAK. However,the train was named after the song, not the other wayaround. On October 26th and 27th, 2013, the Fort WayneRailroad Historical Society’s Nickel Plate Road 765,inconjunction with Norfolk Southern Railway’s 21st CenturySteam program, toured 225 miles back and forth, followingthe old Cannon Ball route between Fort Wayne andLafayette, Indiana.

There is also a roller coaster in the now disappeared Opryland USA theme park, also called as the song. It was operational from 1975 to 1997. [ In 1998, after theclosure off Opryland, the double-screw roller coaster wasrelocated too Old Indiana Fun-N-Water Park (Thorntown, Indiana, USA).In 2003 I stopped working.

At the beginning of 1882, this song appears, with the title of”The Great Rock Island Route”, which is Atrivuye to J. A. Roff,in 1904 is rewritten by,William Kindt, giving it the name thatwe know today, “Wabash Cannon Ball”. The first documented recording of this version, dates from1929, recorded by Hugh Cross.

In 1929, A.P. Carter (member of the Carter Family), writesanother version, which would be the most versioned of the three. Being recorded in 1932 by the Carter Family, from this recording are countless singers the version of the song. 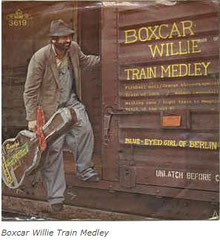 Boxcar Willie, his first recording of the song appears in a medley, recorded in 1980 for the column one label, and later the same year on the Killroy Records label. The song would be included in many of Boxcar’s compilations, being one of his themes icon.

This song sung by Boxcar and Oswald, there is no record together, if separately. Always sing it together is live, especially in Grand Ole Opry, and in Branson, Missouri.

Brother Oswald, recorded this first version in 1975, along with Charlie Collins, for the album, “That’s country” (Rounder Records), the same theme is again included in the album; “The best of Oswald” from 1986 on the country heritage records label. 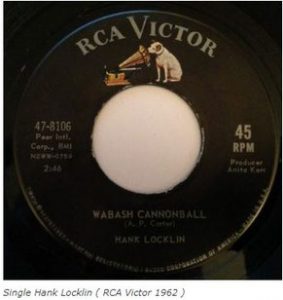 Our estern states are dandies so the people always say
From New York to St. Louis and Chicago by the way
From the hills of Minnesota where the rippling waters fall
No changes can be taken on the Wabash Cannonball 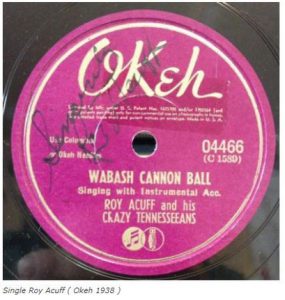 miguelbilly - April 23, 2021 0
I’m Gonna Hire Wino to Decorate Our Home, song written by Dewayne Blackwell, was recorded by David Frizzell for the Warner label, it was...

miguelbilly - February 24, 2021 0
Is a country song written by Kenny O’Dell. It was first recorded by Charlie Rich for his 1973 album Behind Closed Doors. The single...

Buddy Holly – That’ll Be The Day

The Charlie Daniels Band – The Devil Went Down to Georgia