It reached # 1 on the charts of the US Hot Country Songs, and remained a total of 16 weeks on the charts. The same day will also reach # 1 on the Canadian RPM Country Tracks charts. The song was included in Melba's nineteenth studio album, the second one that recorded for the Elektra label, No Charge (Elektra 1974)

Garth Brooks – Somewhere Other Than The Night 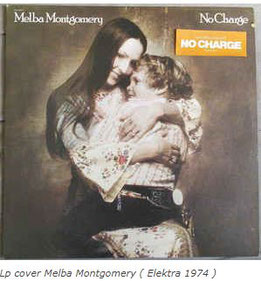 “No Charge”, a song written by Harlan Howard, was recorded by Melba Montgomery for the Elektra label, was recorded in January 1974, at Pete’s Place, 809 18th Ave. South, Nashville, TN, at the recording session Melba was accompanied by: Dave Kirby (lead guitar), Harold Bradley (acoustic guitar), Jack Solomon (acustic guitar), Larry Sasser (dobro), Bob Moore (bass), Buddy Harman (drums), Shorty Lavendar, Johnny Gimble and Norman Buddy Spicher (fiddle), Hargus Pig Robbins (piano), Gary S. Paxton and Nashville Edition (background vocals). With the production of Pete Drake, the song was released in April 1974, on May 25, 1974, it reached # 1 on the charts of the US Hot Country Songs, and remained a total of 16 weeks on the charts. The same day will also reach # 1 on the Canadian RPM Country Tracks charts. It was the first and only number one in Melba’s career.

The song was included in Melba’s nineteenth studio album, the second one that recorded for the Elektra label, No Charge (Elektra 1974), the album was released in April 1974, June 15, 1974, reached number # 14 in the charts of US Top Country Albums, remaining a total of 11 weeks in the charts.

For mowing the yard – five dollars
And for making my own bed this week – one dollar
And for going to the store – fifty cents
An’ playing with little brother, while you went shopping
Twenty-five cents
Taking out the trash – one dollar
Getting a good report card – five dollars
And for raking the yard – two dollars
Total owed – fourteen seventy-five.

Well, I looked at I’m standing there expectantly
And a thousand memories flashed through my mind
So I picked up the pen, turning the paper over,
This is what I wrote:

For the nights filled with dread
And the worries ahead – no charge
For advice and the knowledge
And the cost of your college – no charge
For the toys, food and clothes and for wiping your nose
There’s NO CHARGE, son
When you add it all up,
The full cost of my love, is – charge.

Well, when he finished readin’
He had great big old tears in his eyes
And he looked up at me and he said,
“Mama, I sure do love you.”
Then he took the pen,
And in great big letters
He wrote: “Paid in full.”

When you add it all up
The cost of real love is – no charge. 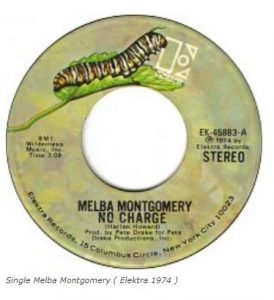 Charley Pride – All I Have To Offer You (Is Me)

Mel Tillis – I Believe in You