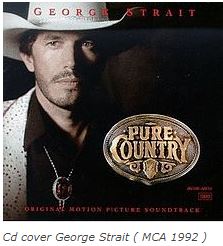 A song written by Steve Dorff & John Bettis, was recorded by George Strait, for the MCA label, between April 28 and 29, 1992 at Sound Stage Studios, Nashville, Tennessee, with the production of Tony Brown & George Strait, the song It was released on January 4, 1993, on March 20, 1993, it would reach number # 1 on the US Hot Country Songs lists, and on April 3 it would reach number # 1 on the Canada Country Tracks lists. Heartland became the twenty-four number one in George’s career.

The song would be part of the thirteenth studio album and its first soundtrack, Pure Country (MCA 1992), was released on September 15, 1992, on the U.S. Billboard Top Country Albums, also got the number # 1, and in the lists of Canadian RPM Country Albums, also reached number # 1. The album was certified sextuplet platinum record, in USA, and platinum record in Canada. All songs of the soundtrack, are sung by George Strait, this was the first album of George Strait that was not fully recorded in digital format. Most of the album was cut in full analog sources, which gave the album a more natural sound.

In the movie, George Strait plays the role of Wyatt “Dusty” Chandler, a famous country singer, tired of the music industry, decides to return to his hometown and re encounter with his musical roots. 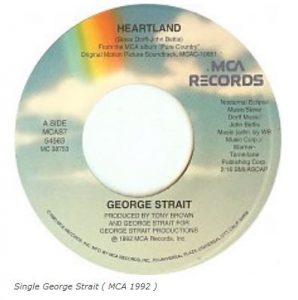 Webb Pierce – In The Jailhouse Now

Toby Keith – Courtesy Of The Red, White And Blue (The...