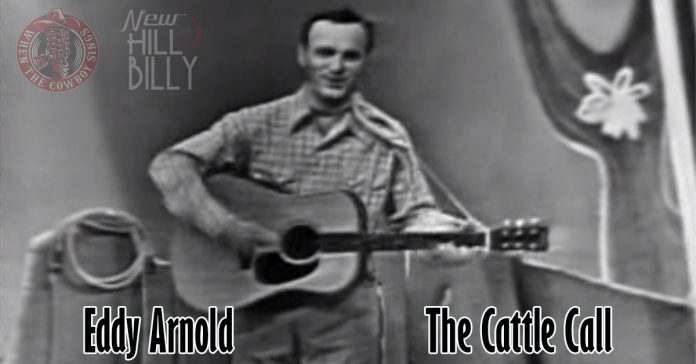 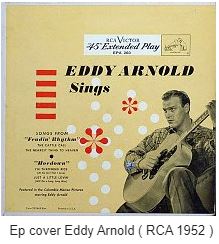 “The Cattle Call”, a song written and recorded for the first time by Tex Owens for the Decca label, was recorded on August 28, 1934, in Chicago, IL.

Eddy Arnold & His Tennessee Plowboys, recorded it for the Bluebird label, on December 4, 1944, at WSM Radio Station Studio, Nashville, TN, in the recording session they played: Eddy Arnold (vocal), Herbert M. Paige (lead guitar), Little Roy Wiggins (steel), Gaylord B. “Gabe” Tucker (bass / tpt) and James McNatt (fiddle). The song was released in June 1945. In the Country & Western charts, it reached number # 5. This version of the song was only recorded in single, and was not included on any album. 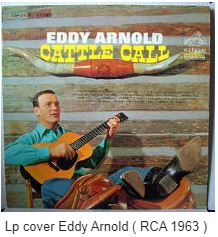 In the fall of 1996, at Curb Studios, Nashville, TN, Eddy re-recorded the duo song with Lee Ann Rimes, the song was included in Lee Ann Rimes’ debut album, Blue (Curb 1996)

It became a signature song for Eddy Arnold. Members of the Western Writers of America chose it as one of the Top 100 Western songs of all time.

Little story about the song:

Owens wrote the song in Kansas City while watching the snow fall. “Watching the snow, my sympathy went out to cattle everywhere, and I just wished I could call them all around me and break some corn over a wagon wheel and feed them. That’s when the words ‘cattle call’ came to my mind. I picked up my guitar, and in thirty minutes I had written the music and four verses to the song, “he said. 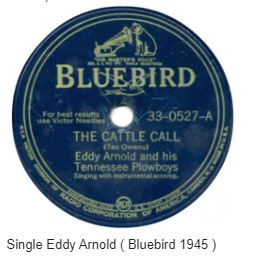 Buck Owens – Above And Beyond

Conway Twitty – This Time I’ve Hurt Her More Than She...

Willie Nelson & Julio Iglesias – To All the Girls I’ve...