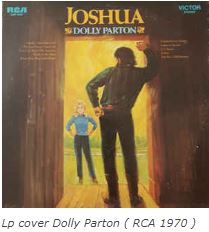 A song written and recorded by Dolly Parton, for the RCA label on October 21, 1970, with the production of Bob Ferguson, was released in November 1970. On February 6, 1971, it would reach number one on the US Hot Country Songs lists, and on the Canadian RPM Country Tracks lists at number 2.

Joshua would be included on the album of the same name, Joshua (RCA 1970), was recorded between October 31, 1969, and February 11, 1970, was released on April 12, 1970. The album reached # 16 on the country albums chart. Parton received her first Grammy nomination in the category of Best Female Vocal Country for the song, losing to Lynn Anderson.

The song is about a man who lived alone in a small cabin near the train track, had a bad reputation, surly and little talkative, the protagonist of the song, wanted to know what that person really was, and discovered that it was a good man, named Joshua, which he fell in love with. 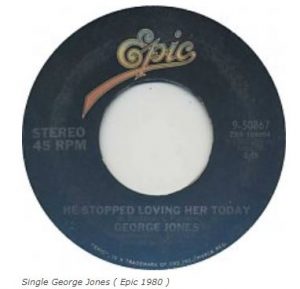 miguelbilly - May 3, 2021 0
"Six Days on the Road" is an American song written by Earl Green and Muscle Shoals Sound Studio songwriter Carl Montgomery, made famous by...

Waylon Jennings – Luckenbach, Texas (Back to the Basics of Love)

miguelbilly - January 7, 2021 2
Song written by Bobby Emmons and Chips Moman, was recorded by Waylon Jennings for the RCA label, the song was recorded on January 7,...