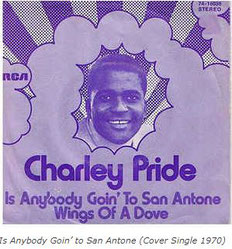 Is a song written by Glenn Martin and Dave Kirby, and recorded by American country music artist Charley Pride. It was released in February 1970 as the first single from the album Charley Pride’s 10th album. “Is Anybody Goin’ to San Antone” was Charley Pride’s third number one in a row on the country charts. The single spent two weeks at number one and a total of 16 weeks on the country chart.Charley’s manager, Jack D. Johnson, was given a demonstration tape of this song and rewrote it, changing the chords, lyrics, and arrangement to better fit his client, Charley Pride. Charley recorded and made this rewrite his third number-one hit. Jack did not take songwriter’s credit, as he was working for the success of his client. Jack wrote other songs, including “Too Hard To Say I’m Sorry”, also sung by Charley Pride, cowritten with Jack Clement. 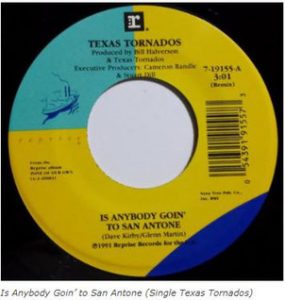 Charley Pride – Is Anybody Goin’ To San Antone ? Lyrics
Rain dripping off the brim of my hat
It sure is cold today
And here I am’a walking down sixty-six
Wish she hadn’t done me that way 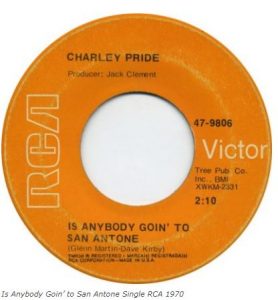 miguelbilly - December 23, 2020 0
“I'll Leave This World Loving You,” a song written by Wayne Kemp and Mack Vickery, and first recorded by Wayne Kemp for the MCA...

The Statler Brothers – The Movies

Willie Nelson & Julio Iglesias – To All the Girls I’ve...

Miska Paget – The Best Horses In Heaven-They Have No Tails

Michael Martin Murphey – O Bury Me Not on the Lone...