Randy Travis – Forever And Ever, Amen

The song reached number one on the US charts on June 13, 1987, and remained three consecutive weeks at number one, would also reach number one on the country music charts of Canada . In 1987, won a Grammy for Best Country and Western Song and an Academy Award for Country Music for Song of the Year.

The Judds – Have Mercy

Kenny Rogers – Love Will Turn You Around

Johnny Lee – One In A Million 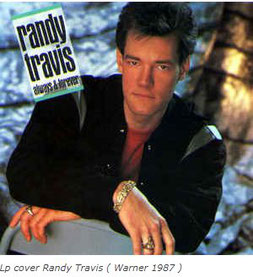 The song written by Paul Overstreet and Don Schlitz, was recorded by Randy Travis, for Warner Bros Records, was recorded in January 1987 and released in March 1987. The song reached number one on the US charts on June 13, 1987, and remained three consecutive weeks at number one, would also reach number one on the country music charts of Canada. The song was included on the album, Always & Forever (Warner 1987).

The song was an immediate success; On April 29, 2014, RIAA certified it as Gold, which makes it the first Travis single to obtain the RIAA certification. The song has also sold 966,000 digital copies since it was available for download.

In 1987, “Forever, Amen” won a Grammy for Best Country and Western Song and an Academy Award for Country Music for Song of the Year.


Don and Paul met in Nashville, Paul had had many problems with alcohol for five years, but thanks to religion, he managed to return to sobriety. Don, for his part, had achieved success by writing the song, the player, for Kenny Rogers. Shortly after the meeting, Don Schlitz and Paul Overstreet, wrote one of their first songs, “On the other hand”, for Randy Travis. It was not a surprise that the song was a success. From then on, Randy Travis wanted the duo to produce another golden moment. 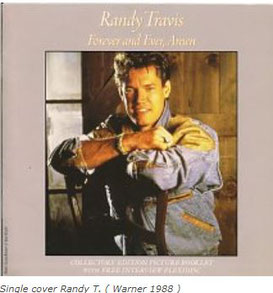 The idea of “Forever and Forever, Amen” was the combination of a prayer and a declaration of love. When Schlitz’s wife laid her son in bed at night, the boy prayed his prayer and ended by saying:

“Mommy, I love you forever, amen.”

Don proposed to Paul, the idea of writing a song with Mommy, I love you forever, amen, they sat down and started writing and, for a couple of hours, “Forever and forever, Amen,” it’s over. They immediately recorded the song the next day.

The next morning they went to the offices of Warner, with the demonstration of the song, the perfect voice for the song was Randy’s, Randy Travis loved it. Instantly programmed the study time to record the number for a new album project. Warner Bros. released the album “Always and Forever” on May 4. In two months, it became platinum with more than a million units sold, largely due to the incredible power of “Forever, Amen”. 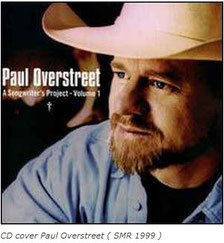 Randy Travis – Forever And Ever, Amen Lyrics
You may think that I’m talking foolish
You’ve heard that I’m wild and I’m free
You may wonder how I can promise you now
This love, that I feel for you, always will be

You’re not just time that I’m killing
I’m no longer one of those guys
As sure as I live this love that I give
Is gonna be yours until the day that I die – oh, baby

They say that time takes it’s toll on a body
Makes the young girls brown hair turn grey
But honey, I don’t care, I ain’t in love with your hair
And if it all fell out, well, I’d love you anyway

They say that time can play tricks on a memory,
make people forget things they knew.
well, it’s easy to see it’s happening to me
I’ve already forgotten every woman but you – oh, darling