Johnny Cash – One Piece At A Time

Waylon Jennings – Just To Satisfy You 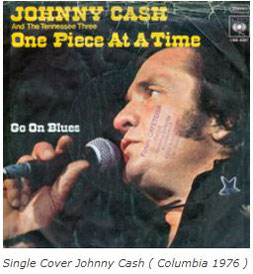 Song written by Wayne Kemp, was recorded by Johnny Cash, for the Columbia label on March 5, 1976, with the production of Charlie Bragg & Don Davis, was released in April 1976. On May 29, 1976, it would reach number # 1 on the US Hot Country Songs charts, for two weeks in a row, on June 19 it would also reach number # 1 on the Canadian RPM Country Tracks lists. It would be his seventeenth number # 1 and last in solitary of his career, in 1985 he would get another number one with the Highwayman band (Columbia 1985).

The song would be included in Johnny Cash’s 54 studio album, One Piece at a Time (Columbia 1976), it would reach # 2 on the Country Albums charts. 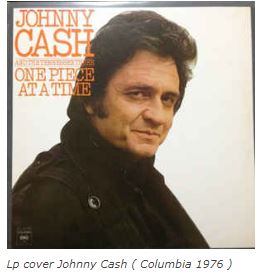 The song tells the story of a singer who leaves his home in Kentucky in 1949 to work at General Motors in Detroit, Michigan. Install wheels in Cadillacs, watching each of them roll day after day on the assembly line, knowing that you can never pay your own.

The singer and a friend decide to take small pieces every day, hiding them in their lunch boxes, and the large pieces are smuggled out in their co-worker’s house, this process lasts 25 years, when they manage to have all the piece’s montage of the car, but after 25 years, they have pieces from different periods, which can not fit, but finally with great ingenuity and patience they manage to ride the car. Despite these problems, the singer and his co-worker manage to make the car ends correctly. The song finish with a CB radio conversation between the singer and a truck driver who asks about the “psychobilly Cadillac”, in which the singer replies, “You could say that I went directly to the factory and picked it up; it’s cheaper”. 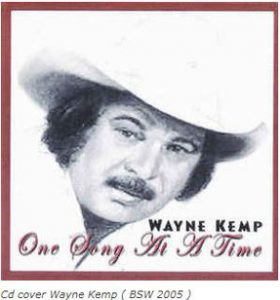 Johnny Cash – One Piece At A Time Lyrics
Well, I left Kentucky back in ’49
An’ went to Detroit workin’ on a ‘sembly line
The first year they had me puttin’ wheels on cadillacs

Every day I’d watch them beauties roll by
And sometimes I’d hang my head and cry
‘Cause I always wanted me one that was long and black.

One day I devised myself a plan
That should be the envy of most any man
I’d sneak it out of there in a lunchbox in my hand
Now gettin’ caught meant gettin’ fired
But I figured I’d have it all by the time I retired
I’d have me a car worth at least a hundred grand.

[CHORUS]
I’d get it one piece at a time
And it wouldn’t cost me a dime
You’ll know it’s me when I come through your town
I’m gonna ride around in style
I’m gonna drive everybody wild
‘Cause I’ll have the only one there is a round.

So the very next day when I punched in
With my big lunchbox and with help from my friends
I left that day with a lunch box full of gears
Now, I never considered myself a thief
GM wouldn’t miss just one little piece
Especially if I strung it out over several years.

The first day I got me a fuel pump
And the next day I got me an engine and a trunk
Then I got me a transmission and all of the chrome
The little things I could get in my big lunchbox
Like nuts, an’ bolts, and all four shocks
But the big stuff we snuck out in my buddy’s mobile home.

Now, up to now my plan went all right
‘Til we tried to put it all together one night
And that’s when we noticed that something was definitely wrong.

The transmission was a ’53
And the motor turned out to be a ’73
And when we tried to put in the bolts all the holes were gone.

So we drilled it out so that it would fit
And with a little bit of help with an A-daptor kit
We had that engine runnin’ just like a song
Now the headlight’ was another sight
We had two on the left and one on the right
But when we pulled out the switch all three of ’em come on.

The back end looked kinda funny too
But we put it together and when we got thru
Well, that’s when we noticed that we only had one tail-fin
About that time my wife walked out
And I could see in her eyes that she had her doubts
But she opened the door and said “Honey, take me for a spin.”

So we drove up town just to get the tags
And I headed her right on down main drag
I could hear everybody laughin’ for blocks around
But up there at the court house they didn’t laugh
‘Cause to type it up it took the whole staff
And when they got through the title weighed sixty pounds.

[CHORUS]
I got it one piece at a time
And it didn’t cost me a dime
You’ll know it’s me when I come through your town
I’m gonna ride around in style
I’m gonna drive everybody wild
‘Cause I’ll have the only one there is around.

[Spoken] Ugh! Yow, RED RYDER
This is the COTTON MOUTH
In the PSYCHO-BILLY CADILLAC Come on

Huh, This is the COTTON MOUTH
And negatory on the cost of this mow-chine there RED RYDER
You might say I went right up to the factory
And picked it up, it’s cheaper that way
Ugh!, what model is it? 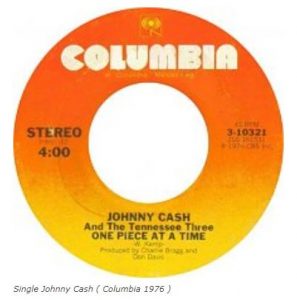