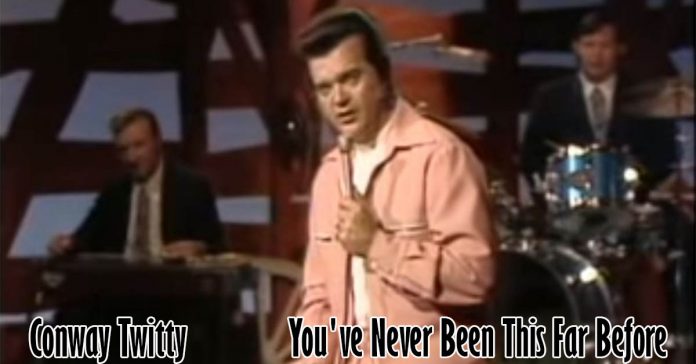 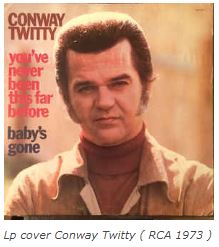 You’ve Never Been This Far Before, a song written and recorded by Conway Twitty for the MCA label, was recorded on April 4, 1973, in Bradley’s Barn, Mt. Juliet, Tennessee, with the production of Owen Bradley, the song was released On July 2, 1973, on September 8, 1973, it reached # 1 on the charts of US Hot Country Songs, for three consecutive weeks, the song remained a total of 16 weeks on the charts. He also reached # 1 on the Canadian RPM Country Tracks charts, for two weeks in a row. “You’ve Never Been This Far Before” was the only Twitty song on the list of countries to cross into the Top 40 of the Billboard Hot 100, where the single reached number 22. It was the tenth number one in Conway’s career.

The song was included in the twenty-sixth Conway studio album, You’ve Never Been This Far Before / Baby’s Gone (MCA 1973), on October 6, 1973, reached # 1 on the charts of US Top Country Albums, for three weeks in a row. The album was certified gold in the USA.

For all the controversy Twitty’s lyrics caused throughout his career due to their supposedly risque subject matters, “You’ve Never Been This Far Before” might just go the furthest. Lines such as “I don’t know what I’m saying as my trembling fingers touch forbidden places” got the song banned from several radio stations, but it didn’t matter: It became his 10th No. 1 country single – perhaps in part due to its catchy “bum bum bum” refrain.

Seriously, with these racy lyrics and Twitty’s one-of-a-kind sultry voice you can’t help but think this record would’ve gotten an “explicit lyrics” sticker placed upon its record sleeve if such a thing existed when “You ‘ See Never Been This Far Before ”was released. 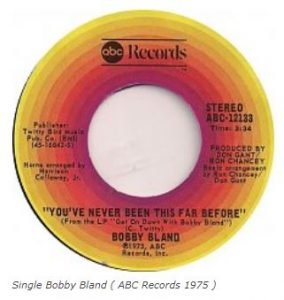 Conway Twitty – You’ve Never Been This Far Before Lyrics 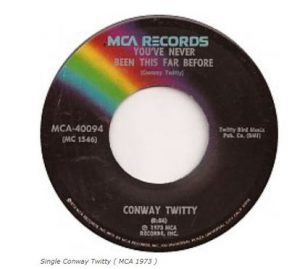 miguelbilly - April 23, 2021 0
"Success" is a song written by Johnny Mullins that was originally recorded by American country artist Loretta Lynn. It was released as a single...

Don Williams – I Wouldn’t Want To Live If You Didn’t...

George Strait – The Big One