A classic of the Bakersfield sound, would be their fifth number one, was recorded on December 1, 1964, in Hollywood, California, and released on December 28. The song would be included on the album, I've Got A Tiger by The Tail (Capitol 1965), which was released on March 10, 1965. 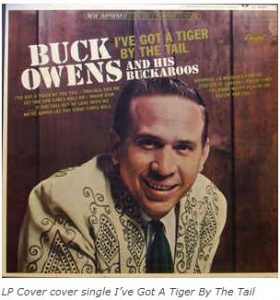 A classic of the Bakersfield sound, would be their fifth number one, was recorded on December 1, 1964, in Hollywood, California, and released on December 28. The song would be included on the album, I’ve Got A Tiger by The Tail (Capitol 1965), which was released on March 10, 1965.

Harlan Howard and Buck Owens, met to write songs, Owens realized that things were going slowly. Suddenly, he saw a sign of the Esso service station, with its slogan that said, Put a tiger in your tank, And, from there came the idea, because the tiger is a fast and strong animal, he feels that everything they do goes slowly, he incorporated the animal in the song.

For most of his performances, Owens always sang this song with Don Rich, the leader of the Buckaroos. In fact, Rich is considered the most loyal member of the band. Compared as a hand and a glove, the two shared much of the stage. They were an incredible duo and have surprised their audiences. In an interview, Owens recalled that their voices, combined, do more than the sum of their parts. Unfortunately, he died at an early age, aged 32, because of a car accident.

I’ve Got a Tiger by the Tail, is also an expression used when: “Face an obsession, look for an idea, a talent or even an obsessive vice, facing a difficult problem.” From the “Dictionary of Cliches” by James Rogers (Ballantine Books, New York, 1985). 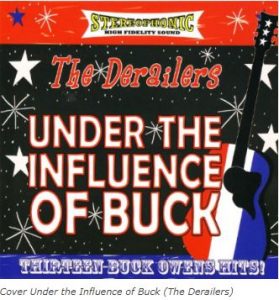 [Verse 1: Buck Owens]
Well I thought the day I met you, you were meek as a lamb
Just the kind to fit my dreams and plans
But now the pace we’re living takes the wind from my sails
And it looks like I’ve got a tiger by the tail

[Verse 2: Buck Owens]
Well every night you drag me where the bright lights are found
There ain’t no way to slow you down
Im as ’bout as helpless as a leaf in a gale
And it looks like I’ve got a tiger by the tail 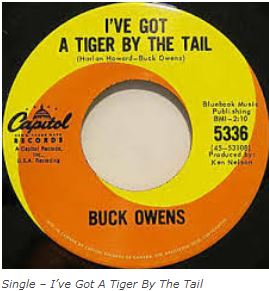 Conway Twitty And Loretta Lynn – Lead Me On

George Jones – If My Heart Had Windows

miguelbilly - May 1, 2021
0
Previous articleBobby Helms – My Special Angel
Next articleAlabama – Face to Face

Lynn Anderson – How Can I Unlove You