On the charts of US Hot Country Songs, reached number #8 on October 14, 1967, and remained on the charts for a total of 17 weeks. On the Canadian RPM Country Singles charts, it peaked at # 4. The song was featured on Waylon's eighth studio album, Hangin 'On (RCA 1968)

The Oak Ridge Boys – American Made

Juice Newton – Angel Of The Morning

The Bellamy Brothers – Do You Love As Good As You Look 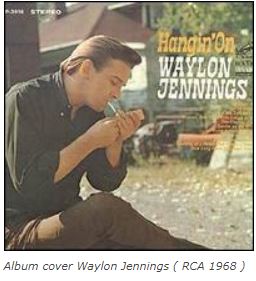 “The Chokin ‘Kind”, song written by Harlan Howard, was recorded by Waylon Jennings & The Waylors for the RCA label, there was a first recording on April 25, 1967, but the final recording was on April 27, 1967, at RCA Victor Studio, 800 17th Ave. South, Nashville, TN. In the same session these three songs were also recorded: “Just a cross the way”, “Listen They’re playing my song cas” and “Yes Virginia”. Waylon was joined at the recording session by: Fred Carter (guitar), Jerry Reed (guitar), Chip Young (guitar), Junior Huskey (bass), Bobby Dyson (bass), Buddy Harman (drums), Charlie McCoy (harmonica) and Hargus Robbins (piano) and vocal chorus. With the production of Chet Atkins, the song was released on July 18, 1967, on the charts of US Hot Country Songs, reached number #8 on October 14, 1967, and remained on the charts for a total of 17 weeks. On the Canadian RPM Country Singles charts, it peaked at # 4.

I only meant to love you don’t you know it babe
Why couldn’t you be contented with the love I gave
I’ve given you my heart and now you want my mind
Your love scares me to death girl it’s the chokin’ kind.

You can kill a man with bullets poison or a knife
But it hurts him more to take his pride and run his life
Whatever it is you want girl I hope you find
But that hat don’t fit my head it’s the chokin’ kind. 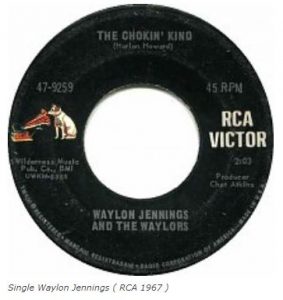 Randy Travis – I Won’t Need You Anymore (Always and Forever)

Randy Travis – If I Didn’t Have You

Ed Bruce – When I Die, Just Let Me Go To Texas

Loretta Lynn – Woman Of The World (Leave My World Alone)