It reached # 3 on the US Hot Country Songs charts, remaining a total of 16 weeks on the charts. On the Canadian RPM charts Country tracks, reached number # 2. The song was included in Hank Jr.'s twenty-first studio album, After You, Pride's Not Hard to Swallow (MGM 1973)

The Statler Brothers – Do You Remember These

Oak Ridge Boys – Make My Life With You 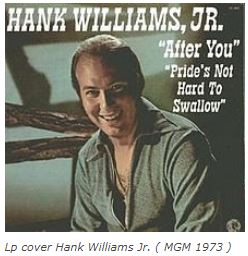 “Pride’s Not Hard to Swallow” a song written by Jerry Chesnut, was recorded by Hank Williams Jr. for the MGM label on January 26, 1972, in Nasville, TN. In the same recording session two other songs were recorded: “divorce or destroy” and “just like me”. With the production of Jim Vienneau, the song was released in August 1972, on November 18 it reached # 3 on the US Hot Country Songs charts, remaining a total of 16 weeks on the charts. On the Canadian RPM charts Country tracks, reached number # 2. 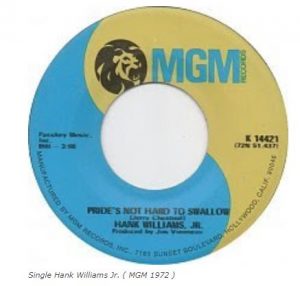 George Jones – A Picture Of Me Without You