With the production by Ken Nelson, the song was released in December 1957. The song did not manage to enter charts. The song was first included on Hank's fifteenth studio album , Breakin 'in Another Heart (Capitol 1965), the album peaking at # 18 on the U.S Top Country Albums charts.

LeAnn Rimes – One Way Ticket (Because I Can)

Tammy Wynette – He Loves Me All The Way

Michael Johnson – Give Me Wings

The Statler Brothers – Who Am I To Say 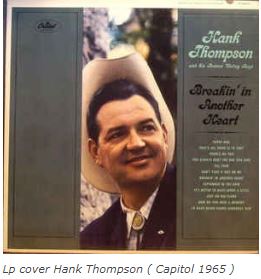 “Just an Old Flame”, song written by Hank Thompson and recorded by Hank Thompson And His Brazos Valley Boys for the Capitol label, on September 25, 1957, at Capitol Recording Studio, 1750 North Vine St., Hollywood, CA. At the same session, “How do you hold a memory” was also recorded, Hank was accompanied at the recording session by: Joe Maphis (guitar), Floyd White (steel), Billy Briggs Stewart (bass), Paul McGhee (drums), Billy Armstrong (fiddle), Harold Hensley (fiddle), Billy Peters (fiddle) and Vic Davis (piano). With the production by Ken Nelson, the song was released in December 1957. The song did not manage to enter charts.

The song was first included on Hank’s fifteenth studio album , Breakin ‘in Another Heart (Capitol 1965), the album peaking at # 18 on the U.S Top Country Albums charts. 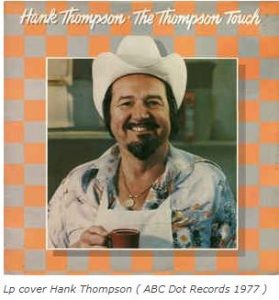 The song was rerecorded on January 5, 1977, at US Recording Studio, 12 Music Circle Sq., Nashville, TN, this session was also recorded, “Tell Me When The Flag Is Passing By” (unissued), at The recording session Hank was accompanied by: Tommy Allsup (guitar), Phil Baugh (guitar), Curly Chalker (steel), Bob Moore (bass), Kenny Malone (drums), Buddy Spicher (fiddle), Tommy Williams (fiddle), Johnny Gimble (fiddle) and Hargus Robbins (piano). With the production of Tommy Allsup, the song was released again in April 1977, on May 28, 1977, peaking at # 90 on the U.S Hot Country Songs charts, remaining only two weeks on the charts.

The song was included in Hank’s studio album, The Thompson Touch (ABC Records 1977), the album failed to enter the charts of U.S Top Country Albums. 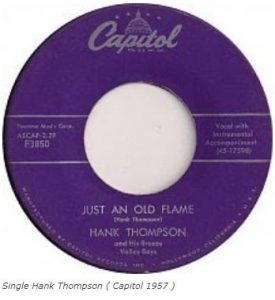 Ricky Van Shelton – From A Jack To A King

miguelbilly - May 2, 2021
0
Previous articleGeorge Strait – Does Fort Worth Ever Cross Your Mind
Next articleReally Hot Country January 05

Ronnie Milsap – Let’s Take The Long Way Around The World