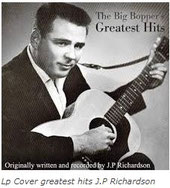 The song was written by the rockabilly artist, JP Richardson, known by the nickname of the Big Bopper.JP was the first to record the song in 1958, George Jones recorded it in January 1959, for the Mercury label with the production of Pappy Daily, it was released on February 9, 1959. On April 13, it reached number one on the country charts, and remained five weeks in a row, it became the first number one for George Jones, at the age of 27 years. 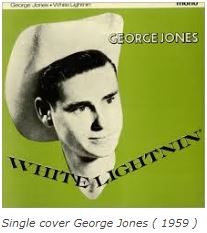 George Jones grew up in Beaumont, Texas and, as a budding musician, he met another Beaumont resident who was also trying to develop a career in music, Jiles Perry Richardson, known as “JP” through the city. His musical styles followed two. different paths, JP leaned more towards the new style of rock and roll while George preferred country music, the two men became friends for life.

Jones asked his old friend about the recording of “White Lightning”, which J.P. had previously recorded. (1958), to which JP replied: “I was saving it for you”. George returned to Nashville eager to record “White Lightning”, went to see Don Pierce to ask for time to book in the Owen Bradley Hut Quartet studio to record it. Then the tragedy happened. The Big Bopper joined rock artists Buddy Holly, Ritchie Valens and Dion and the Belmonts for a “Winter Dance Party” tour that began on January 23, 1959. On the eleventh night of the tour (February 2), the musicians played at the Surf Ballroom in Clear Lake, Iowa. Holly, the bus station for a show somewhere else, was held the following night in Moorhead, Minnesota. Originally, the passengers on the plane had to be Holly and his band mates Waylon Jennings and Tommy Allsup. In a coin toss, Valens won the Allsup seat on the plane, and Jennings gave his seat to Richardson, who was very cold and did not want to ride the cold and uncomfortable bus to Moorhead. A few minutes after takeoff, the plane crashed into a corn field near Mason City, Iowa, instantly killing the three rock stars, three great singers with a great future ahead. 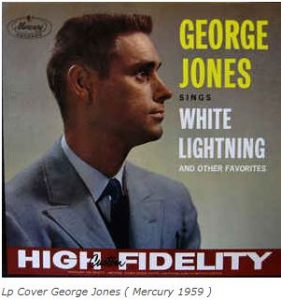 George, was very affected by the loss of his friend, the following week he went to the studio to record it, but, very drunk, it was a difficult recording, he made 80 takes, until getting the most acceptable. To make matters worse, it was reported that Buddy Killen, who played the contrabass on the recording, had severely blistered fingers from having to play his bass part 80 times. Killen not only threatened to leave the session, but also threatened to physically harm Jones for the painful consequences of Jones’ drinking. Finally, the producer Pappy Daily chose to use the first shot of the song, although Jones trembles the word “slug” (Jones would intentionally imitate this error in the live performances and in the subsequent recordings of the song). Former Starday president Don Pierce later explained to Jones’ biographer Bob Allen: “We tried to do the song again, but it was never as good as the first time, so we launched it that way.” 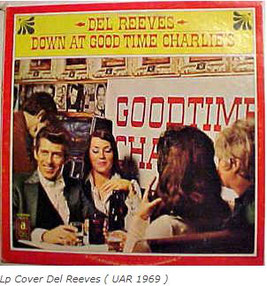 Well, in the North of Carolina, way back in the hills
Me and my old pappy and he had him a still
He brewed white lightnin’ till the sun went down
And then you’d fill him a jug and he’d pass it around
Mighty, mighty pleasin’, pappy’s corn squeezin’
Ssh, white lightning

Well, the “G” men, “T” men, revenuers, too
Searchin’ for the place where he made his brew
They were looking, tryin to book him, but my pappy kept on cookin’
Phoo, white lightning

Well, I asked my old pappy why he called his brew
White lightning ‘stead of mountain dew
I took a little sip and right away I knew
As my eyes bugged out and my face turned blue
Lightning started flashin’, thunder started clashin’
Fshhh, white lightnin’

Well, the “G” men, “T” men, revenuers, too
Searchin’ for the place where he made his brew
They were looking, tryin to book him but my pappy kept on cookin’
Whshh, white lightning

Well, a city slicker came and he said “I’m tough”
I think I want to taste that powerful stuff
He took one s-slug and drank it right down
And I heard him a-moaning as he hit the ground
Mighty, mighty pleasin’, your pappy’s corn squeezin’
Sshoo, white lightning

The “G” men, “T” men, revenuers, too
Searchin’ for the place where he made his brew
They were looking, tryin’ to book him but my pappy kept on cookin’
Sshoo, white lightning

Patsy Cline – I Fall To Pieces

Alabama – Here We Are

miguelbilly - November 26, 2020 0
"Galveston" is a song written by Jimmy Webb and popularized by American country music singer Glen Campbell who recorded it with the instrumental backing...

Hank Williams Jr – All My Rowdy Friends (Have Settled Down)

Marty Robbins – A White Sport Coat (And A Pink Carnation)