Alabama – The Closer You Get 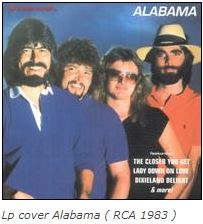 The Closer You Get, song written in 1980 by J.P. Pennington and Mark Gray, members of Exile. The song was recorded by the country rock band Alabama, for the RCA label, was recorded on October 26, 1982, in Nashville, Tennessee. With the production of Harold Shedd and Alabama, the single was released on April 29, 1983, on July 16, 1983, it reached number # 1 on the charts of US Hot Country Songs, and remained in the charts a total of 20 weeks On July 30, 1983, it also reached number # 1 on the Canadian RPM Country Tracks charts. He also got the number # 1 on the pop charts of Canada. He was the tenth number one in the Alabama career.

The song was included in the seventh studio album of the band, The Closer You Get … (RCA 1983), the album was released in March 1983, on April 16, 1983, it reached number # 1 on the charts of US Top Country Albums, for 21 consecutive weeks, and a total of 206 weeks remained on the charts. On the Canadian RPM Top Albums charts, I reached number # 17. The album was certified quadruple platinum by the Recording Industry Association of America (RIAA).

Before the Alabama recording, it was recorded by Exile, Don King and Rita Coolidge. 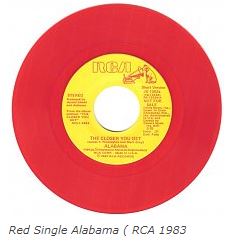 Alabama – The Closer You Get Lyrics

Could I be dreamin’
Is this really real
‘Cause there’s something magic
The way that I feel in your arms tonight. 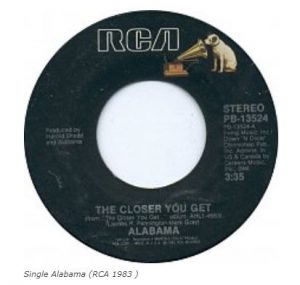 miguelbilly - April 22, 2021
0
Previous articleLoretta Lynn – I Can’t Feel You Anymore
Next articleThe Bellamy Brothers – I Need More Of You

Conway Twitty and Loretta Lynn – After The Fire Is Gone