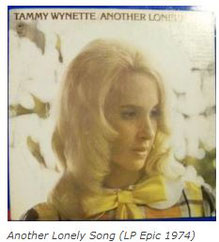 Recorded at Epic in 1973 , “Another Lonely Song” was released as a single in December 1973 ( as single from album “ Another Lonely Song” of Tammy Wynette) . Written by Tammy Wynette, Billy Sherrill and Norro Wilson. On Feb 23, 1974, it climbed to #1 on the US Billboard Country charts, the single spent single 2 week at number one and a total of 12 weeks on the country charts, and to the position number 1 in Canadian RPM Country Tracks.

On the original 45 record, it was paired with another good song: The B-Side was “Only Time I’m Really Me” from the pen Tammy Wynette. 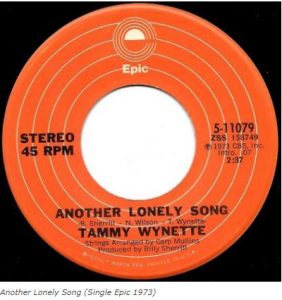 miguelbilly - January 21, 2021 0
"Walkin' After Midnight" is a song written by Alan Block and Donn Hecht and recorded by American country music artist Patsy Cline. The song...

John Michael Montgomery – I Love The Way You Love Me

Jack Greene ‎– All the Time

miguelbilly - May 1, 2021 0
“Born Believer”, song written by Gary Harju, was recorded by Jim Ed Brown And Helen Cornelius for the RCA label, it was recorded in...

Leroy Van Dyke – Walk On By

Ronnie Milsap ‎- Only One Love in My Life

Marty Robbins – A White Sport Coat (And A Pink Carnation)