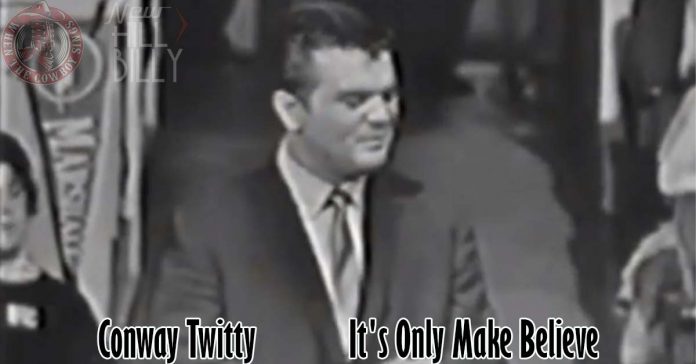 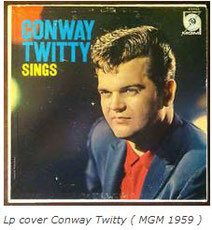 Song written by Jack Nance & Conway Twitty, was recorded by Conway Twitty, for the label M.G.M, May 7, 1958, Bradley Film & Recording Studios, Nashville, Tennessee. With the production of Jim Vienneau, it was launched on July 14, 1958. The song reached number # 1 on the US Billboard Hot 100 charts, Canadian Singles Chart and UK Singles Chart, it was the first number one of Conway’s career. The single was a success in 22 different countries and sold more than 8 million copies. 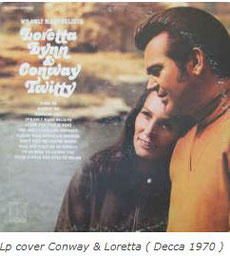 The song would be part of Conway’s first studio album, Conway Twitty Sings (MGM Records 1959). Twitty recorded many later versions of “It’s Only Make Believe”, including a 1970 duet with Loretta Lynn on their first collaborative album, We Only Make Believe (Decca 1970). Twitty also collaborates on Ronnie McDowell’s 1988 version, I’m Still Missing You (Curb 1988), which was a number 8 on the country music charts.

It is believed that Twitty wrote his part of the song while sitting on a fire escape outside his hotel room, to escape the summer heat, in Hamilton, Ontario. 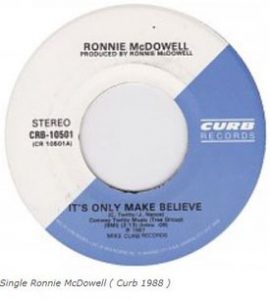 People see us everywhere
They think you really care
But myself, I can’t deceive
I know it’s only make believe

My hopes, my dreams come true
My life I’d give for you
My heart, a wedding ring
My all, my everything

No one will ever know
How much I love you so
My prayers, my hopes, my schemes
You are my every dream
But it’s only make believe (make believe) 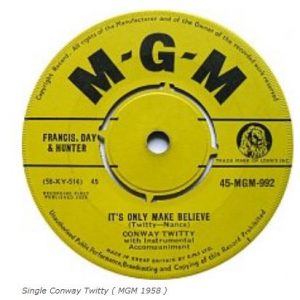 miguelbilly - January 6, 2021 0
"That's the Way Love Goes,” a song written by Lefty Frizzell and Sanger D. Shafer, was first recorded by Johnny Rodriguez for the Mercury...

Wynn Stewart – Another Day, Another Dollar

miguelbilly - November 28, 2020 1
The song “San Antonio Rose” is an instrumental song composed by the king of Western Swing “Bob Wills”. Bob Wills, along with the Texas Playbosys,...

John Conlee – Before My Time

Ricky Skaggs – Lovin’ Only Me